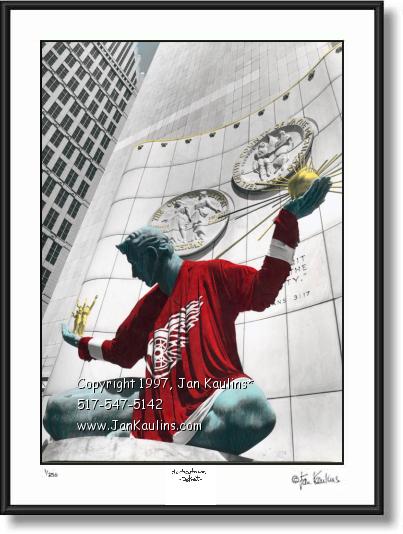 Also see THE SPIRIT OF DETROIT STATUE DRAPED WITH THE 2004 NBA CHAMPION DETROIT PISTONS JERSEY on this website in Detroit Landmarks Gallery #2.