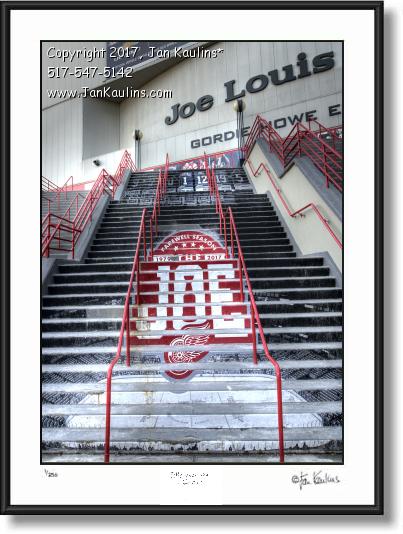 This artistic JOE LOUIS FAREWELL FINAL SEASON photo art picture print for sale was made from nine multiple exposures by long time Detroit area photographer Mr. Jan Kaulins. This photo is a wonderful tribute to the end of an era.