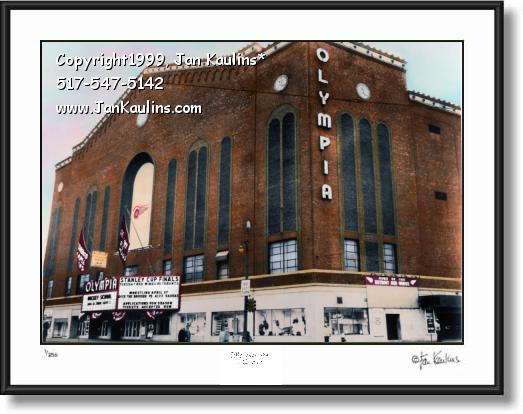 "This vintage historical City of Detroit Olympia Stadium picture photograph print was hand-colored and printed by Jan Kaulins." This 'HAND-COLORED' artistic version of this classic photo IS COPYRIGHTED BY JAN KAULINS, the artist. Please note: The 11x14 photo size is sold out in the Numbered Limited Edition, but is available in an Artist Proof Edition of 100 prints total, with A/P designation in lower left corner instead of an edition number. (DETROIT HISTORIC OLYMPIA STADIUM PHOTOGRAPH AND DETROIT ART GALLERY)