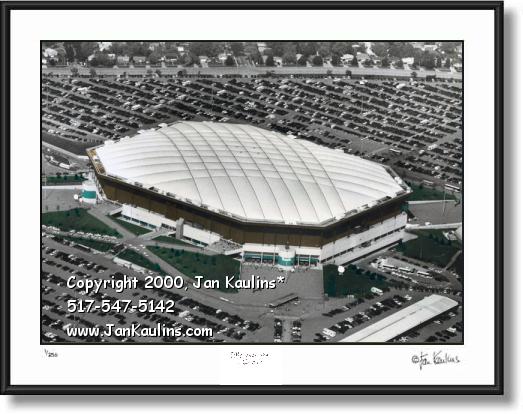 Here's some information on the Pontiac Silverdome history: Opened in 1975, cost about $55.7 million to build.
Had more than 80,311 seats.
Home to the Detroit Lions from 1975 until 2002 and to the Detroit Pistons from 1978 until 1988, when the basketball team moved to the Palace of Auburn Hills.
Hosted national events including Super Bowl XVI in 1982; the Michael Jackson Victory Tour in 1984; a 1987 mass conducted by Pope John Paul II; the World Wrestling Federation's WrestleMania III in 1987, and the 1994 FIFA World Cup. (Detroit Lions Photo and Fine Art Picture Gallery.)