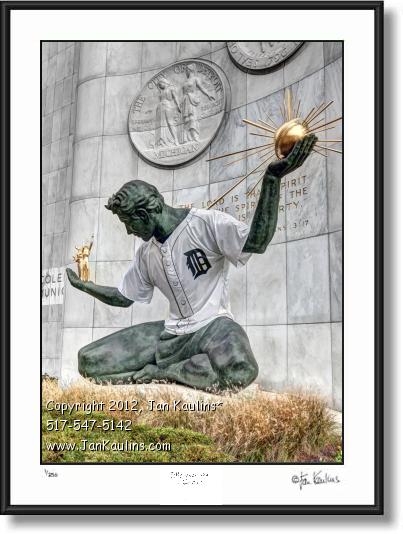 This iconic photograph celebrates one of the favorite sports teams in Detroit, The Pennant Champion Detroit Tigers. The magnificent 26 foot tall bronze statue of The Spirit of Detroit was created by artist/sculptor Marshall Fredericks and donated to the City of Detroit in 1958, where it has become the most recognized symbol for The City of Detroit.