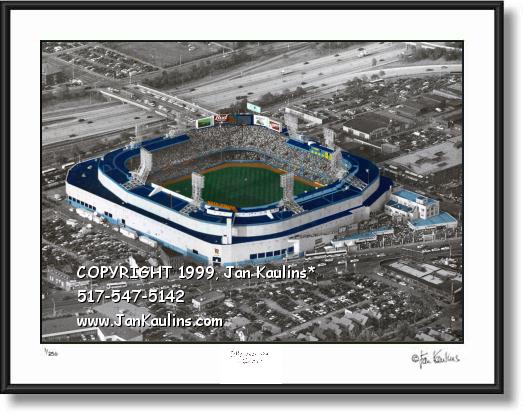 (THE DETROIT TIGER STADIUM PHOTO ART GALLERY AND DETROIT TIGERS STADIUM ART PHOTOGRAPHY GALLERY) Please note: The signed and numbered Limited Edition 'The Last Game' 11x14 photo has been sold out, but, due to popular demand is being offered in small un-numbered ARTIST PROOF edition of 100 pieces total. The only difference will be that instead of the edition number in bottom left corner beneath photo, it will read A/P for the artists proof series. Everything else is the same. Some collectors often prefer an Artist Proof edition as it is usually much smaller than the original larger edition.

TO SEE THE MANY OTHER HISTORIC AND CONTEMPORARY DETROIT PHOTOGRAPHS OFFERED BY THE DETROIT PHOTO ART GALLERY, PLEASE CLICK ON THE BOX LINK BELOW THIS PARAGRAPH THAT READS: "HOME - Return to All Galleries."