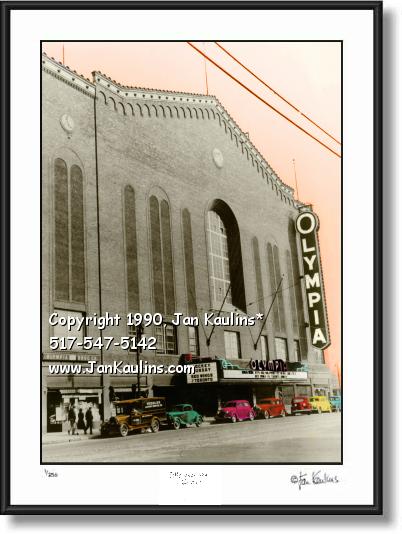 (This historic Olympia Stadium photo was hand-colored and printed by artist Jan Kaulins.)