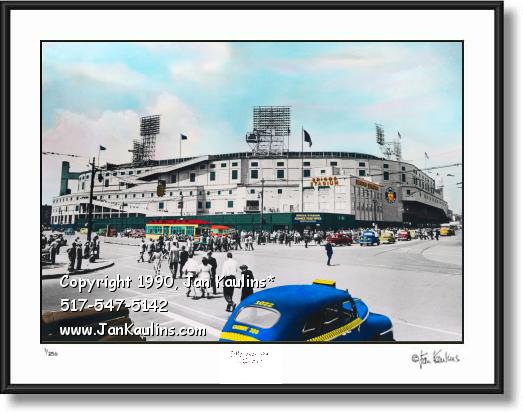 'This vintage historical photo of Briggs Stadium in Detroit was hand-colored and printed by Jan Kaulins.'