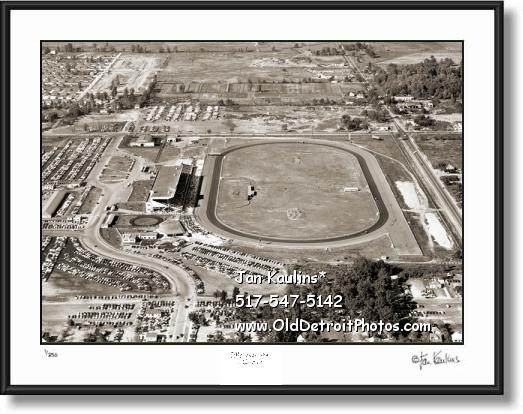 Hazel Park Harness Raceway, shown in this vintage photo, was opened in 1949 as a dual breed facility. The first harness race was held in 1953, making 2009 its 60th season. At the time, it was the first 5/8 of a mile track in the country. The track remained a dual breed facility until 1984; in 1985, it became exclusively a harness racing facility. In 1996, Michigan state legislature allowed full simulcasting at the track, which doubled overall wagering to $196 million in 1999. This is a wonderful early vintage historical aerial Hazel Park Raceway aerial picture photo of it one year after the first harness race was held there.